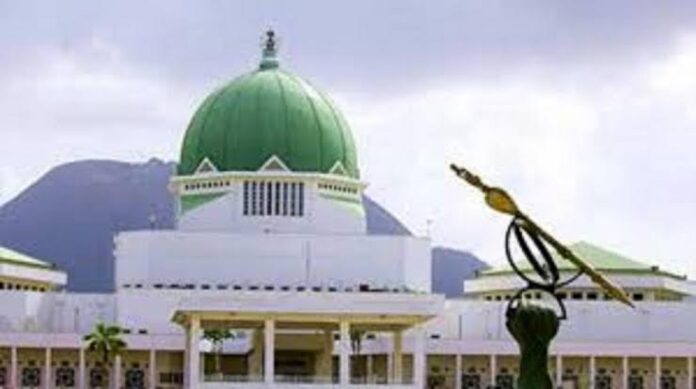 AMIDST ongoing politicking for the 2023 general election, it is apposite to revisit two issues in the 5th Alteration Bill 2022 to the 1999 Constitution: the Bills on Gender Equality, and Life Pension and Immunity for principal officers of the Legislature and Judiciary.

In the storm that greeted the amendments, the National Assembly (NASS) withdrew its disapproval of, and pledged to take a second look at Gender Equality, and other areas of concerns to Nigerians.

Lately, Senate President Ahmad Lawan has appealed to Nigerians with pending issues on constitution review not to lose hope, “as the doors of the NASS are open for further engagements.”

Receiving members of the National Council of Traditional Rulers of Nigeria, Lawan said: “The D-Day (consideration of the Bills) came. And the voting took place and the rest is history, as they would say. We all feel sad but then that is democracy.

“And you have given an example to the rest of Nigerians that never lose hope because your request failed. So many things failed. Of course, many more passed because we have casualties in our bills.”

Lawan’s appeal to other Nigerians, as individuals, institutions or organisations, civil society organizations (CSOs), non-governmental organizations (NGOs): “If there was anything that you wanted done or passed during the constitution amendment exercise, the latest one, and it failed, hope should not be lost.

“We are still around and this parliament is the people’s parliament. It is the only parliament that can kickstart the process and therefore, people can still come back and remind us about their issues and maybe we change our strategies, the lobbyists and maybe we look at why it failed and how it can pass.”

Nigerian women had trust that the Bills on Gender Equality would be passed. But NASS thrashed them, and incurred a semblance of the idiom, “hell hath no fury like a woman scorned,” a line adapted from William Congreve’s play, ‘The Morning Bride’ (1697).

The legislators had missed or misread the resolve of the women to see through the three bills among the 68 items recommended by the Constitution Review Committees (CRC) of both chambers of NASS.

The consideration of the 68 items preceded the commemoration of the 2022 International Women’s Day (IWD) on March 8, to mark a call to action for accelerating gender equality.

As Gender Equality is “fairness of treatment for women and men, according to their respective needs,” Nigerian women and men had hoped that the passage of the bills would serve to herald the 2022 IWD.

The Beijing Declaration of September 15, 1995, envisages, at least, 35 per cent representation of women in appointive and elective positions, which campaign the Nigerian women took to NASS.

The Bills were for Special (additional) seats for women in the National and State Houses of Assembly; Affirmative Action for Women in Political Party Administration; and Providing Reserved Quota for Women in Appointments and Recruitment.

Nothing in the public domain suggested the Bills won’t pass, but the presence of Nigeria’s First Lady, Mrs Aisha Buhari, in the Senate was indicative of the behind-the-scenes thinking of the lawmakers.

In a hide-and-seek game, members of the Red Chamber, showing no sign that they’d diss Mrs Buhari’s pleas, gave her a red-carpet reception. But that’s exactly what they did behind her back.

Ditto for members of the House of Reps, who, without displaying diplomatic niceties, killed the bills in the presence of Mrs Dolapo Osinbajo, wife of Vice President Yemi Osinbajo.

The joint sitting of NASS also dumped the three bills, and thus generated spontaneous demonstrations, mostly headed by women, that resonated in Abuja, and most of the capital cities.

The women exhibited a grit determination to ensure a positive response to their campaign that one woman described as “a lifelong struggle for women emancipation in this 21st Century.”

Ultimately, the lawmakers heard the women’s voices, to reconsider the bills, “before they (women) accuse us of being chauvinists, which they have labelled us before now,” a senator retorted.

Now to the Bills on Life Pension and Immunity for principal officers of the Legislature and Judiciary tucked in among the 68 items (Bills) recommended by NASS constitution review committees.

Like a sore thumb, the two items were seen for what they really were: providing for current and future political and financial interests of heads of the legislature and the judiciary.

Yet, if the Legislature, Executive and Judiciary are co-equal, why not extend to the heads of other arms of government what the “principal officers” of one arm enjoy? That’s equity in practice!

For instance, the Executive, whose principal officers are the President and Vice President, regards itself and, ipso facto, acts as the number one arm, superior to the Legislature and Judiciary.

In that status, the president and vice president (and governor and deputy governor) enjoy life pension and immunity. Why not include the principal officers of the Legislature and Judiciary?

That’s the review committees’ reasoning, even amid canvassing for removal of life pension and immunity from the constitution, to check financial abuse and overreach by beneficiaries of those provisions.

But thanks to the “Committee of the Whole” of the two chambers, and the Joint Committee of NASS, the two bills were consigned to the dustbin in the February 2022 voting on the 68 items.

To the harmonised 68 items. Is it by coincidence that they mimicked the 68 items in the Exclusive Legislative List in the 1999 Constitution that Nigerians have advocated for drastic trimming?

Maybe the lawmakers wanted proponents of a lean Exclusive Legislative List to see them kicking off “restructuring” that President Muhammadu Buhari says are in NASS purvey to discharge.

They are: Airports; fingerprints, identification and criminal records; prisons (re-designated as correctional services); railways; generation, transmission and distribution of electricity in areas covered by the national grid; and collection of VAT by states (an apparent win for states on the back of a favourable judgment by Rivers State in that regard).

There’re other good bills in the amendments, but three BIG questions: Will the 36 State Houses of Assembly concur with NASS on the 68 bills it voted on? Will governors influence Houses of Assembly to reject financial independence and/or autonomy for state judiciary and House of Assembly? Will Buhari assent to the 5th Alteration Bill 2022, having regard to his repeated rejection of the Electoral Amendment Act 2022, and failure of NASS to pass a Bill to override the President veto?

The answers to these questions are playing in the wind, as Nigerians wait on NASS to fulfil its pledge to further rework the amended 1999 Constitution of Nigeria.