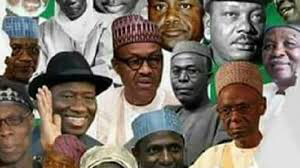 WITH the nation and the politicians keyed into the 2023 elections, old animosities are surfacing in different shapes. The prevailing anxiety is focused on which side of the country that will produce the next president.

This is what is driving things in the two major political parties, the People’s  Democratic Party (PDP) and the All Progressive Congress (APC).

With the horde of credible presidential aspirants, is it not strange that the focus in the parties is not about the electing the best, the person with the capability, experience, character to lead Nigeria?

We might end up accepting the one with either the deepest pocket and who managed to convince the delegates, or the one whose emergence will serve the purpose of a cabal. They will define him as the best; and no stone will be left unturned in hoisting him on rest of us.

The chances of the South East and the Igbo in producing the president have always been seen as hopeless in this situation, but for different reasons. The Igbo have not being sidelined because they could not or cannot produce a person that could fit as the ‘best,’ but they have simply been ignored because they dared fight a civil war. This has looked like a mistake, which has been deployed to isolate the Igbo nation.

And today, the position of the Igbo nation has been summed up as curse. For those who trumpet it, the Igbo are not capable or qualified to rule Nigeria, to hold as a matter of merit any prominent position in Nigeria. And that the Igbo nation is under a man’s curse. Lie.

Recently, some well placed preachers have tried to convince their congregations that the Igbo man is “not doing well in the polity” because the northerners or Fulani cursed him. This is a lie from the pit of hell. Anyone who has that error in his mind is deluded.

Nobody in any nation or tribe has the capacity to curse the people of another nation.

When the colonialists brought nations together in the amalgamation that raised Nigeria, they never said any tribe was bigger than the other. And when nations come together, they do so as equals and stay as one people. Nigeria as an entity was a gathering of nations and there was no question of superiority of any one section.

The question and claims of superiority prevailing in the polity today is what is playing in the minds of people who believe what they have elected to believe or what they were told by their forebears to believe.

If anyone postulates that any Fulani/Hausa man cursed an Igbo because one of their leaders was killed in a coup d’état, it has to be noted that the military coup was a Nigerian Army coup and not an Igbo man’s coup. And if it is taken as such, the question is was the curse on the soldier who supposedly did the killing or on the Igbo nation?

If the supposed curse was on the entire Igbo race, it has to be said also that the late Aguiyi-Ironsi, an Igbo man was also killed by northerners. Wouldn’t that have reversed the “curse” or is the blood of one man thicker than that of another? The Bible says you can’t curse the causeless. (Proverbs 26:2)

The founder and senior pastor of the Port Harcourt based

Salvation Ministry, David Ibiyeomie, came up with his bit that the Igbo are good in what that they do, but that they are untrustworthy.

Is it unknown to him that in every nation there are good and bad people. There are certainly good and untrustworthy people in where the pastor comes from. It is obvious that if the pastor is trustworthy himself, he would be meeting trustworthy people too for you attract the kind of people that are inside you. It is definitely wrong to cast a blanket of wrongdoing on a nation because of a few others.

Then there are those who have come up to say they will deliver the Igbo and break whatever they have seen as the curse? And I ask: Deliver them from what curse? Who cursed the Igbo? No Igbo man is under any curse; let no one buy that hogwash.

There is no point for any pastor or minister of God to be seeking cheap popularity or political points from baseless statements. The truth is that no one can curse any nation of people. Nobody cursed anybody and nobody can curse anybody. The Igbo are free and they will remain free in Nigeria. They have never been slaves and so no one can curse them and make them slaves.

If you want cheap political points, run political campaigns, go out and convince your people. If you want to raise the congregation in your church, go ahead, but don’t seek it with unfounded statements against the Igbo nation.

This has happened for several years now and it hasn’t taken the country anywhere. Why ridicule an Igbo man, a true Nigeria, the only man that can leave his father’s house and go out to develop another man’s house. Should the Igbo man be despised because of his industrious nature? For how long?

Today, we continue to play politics with the lives of people and the fate of a nation. This so-called curse is an echo from twisted minds and reechoed by idle mouths since the day of araba (let’s divide) in the North.

This misadventure has kept Nigeria down; a country that is blessed with so much, yet it cannot do much. Nigeria is unjust and it is suffering from the leadership of crooked men who are interested in their own welfare.

Nigeria needs a credible standard for leadership. Let there be a standard. One way of achieving that is to provide a level playing field where all nationalities can find free expression.

Let the man from the East, West, North, or South know that he is a Nigerian. Let no one claim, like the Miyetti Allah, that Nigeria is their inheritance. Nobody inherited Nigeria, it is home to the nations that came together under the amalgamation.

Let the best rule the rest, let the best of Nigeria rule Nigeria, it doesn’t matter where the person is coming from.

Let the sons of nobles be brought to leadership. Before anyone is put in authority, his character, not his bank account should be put on the scale.