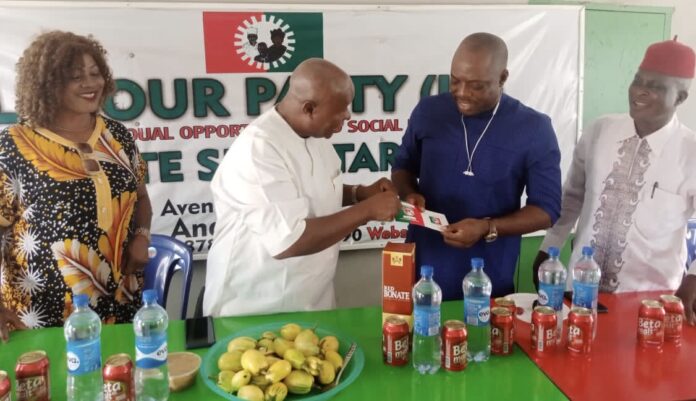 Edochie, from Umuenwelum Ward of Anambra West Local Government Area, on Saturday made his declaration to join the Labour Party (LP) before a crowd of party faithfuls at the party’s state secretariat, Awka.

The Anambra State LP chairman, Chief Ugochukwu Emeh presented Edochie with a party membership card and copy of the party constitution while receiving him into the party.

Alongside other members of the state executive like the Legal Adviser, the Deputy Chairman, Treasurer, Assistant Secretary and the Woman Leader, the chairman commended him for his wise decision to join the change movement and praised him for his support for the Labour Party.

Emeh enjoined him to throw his full weight behind the party in Anambra as it seeks to grab the positions in the  National Assembly and state House of Assembly elections.

The Chairman noted that victory for all LP candidates in the state in the 2023 elections was necessary so that the change will be complete.