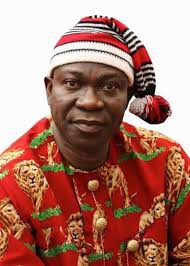 AHEAD of the 2023 general elections, former Deputy President of the Senate, Senator Ike Ekweremadu, has raised alarm that the deteriorating state of the nation’s security system could scupper the electoral gains.

At a commemorative lecture in Abuja on Tuesday, the senator called for bold steps to “recalibrate our security system because we must first have a secure country before we can have a meaningful democracy.”

In the lecture, “Nigeria’s Democratic Experience: Reflections on Leadership Recruitment and Democratic Institution Building”, organised by the National Legislative and Democratic Institute (NILDS), Ekweremadu feared  that, the country was “gliding down the slope and we all have ourselves to blame for refusing to do the right thing over the years.

“Before now, some of us had shouted on top of our voices on the need to decentralise the police system, but to no avail.”

The senator, in a statement by his media adviser, Uche Anichukwu, noted with a tinge of regret that he “sponsored a bill for the creation of a State Police in the 8th and the current National Assembly, but nobody seemed to pay attention.”

According to him, “by my own estimation and taking lessons from other climes, our condition has become so bad that even state police can no longer save us now.

“Terrorists, bandits, and all manner of criminal cartels have taken the nation by the jugular, and we must now urgently seek the help of the international community, lock the country down, and deal with our security situation.

“Otherwise, once a few of the terrorist cartels are able to take full control of a few states for their respective selves, our fate would be like that of Somalia. God forbid.”