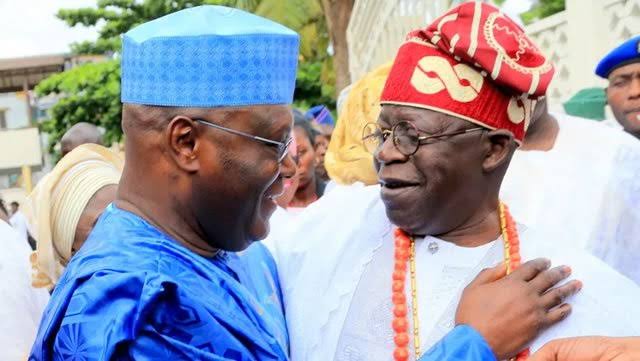 IT looked a joke on September 23, as the All Progressives Congress (APC) gloried in the crisis that has fractured the Peoples Democratic Party (PDP), and wrote off its standard bearer, former vice president, Atiku Abubakar, in the 2023 elections.

Bayo Onanuga, spokesman for APC Presidential Campaign Council (PCC), said the factional fratricidal war led by Rivers State governor, Nyesom Wike – engaging Atiku in a fight to finish – “has undermined any momentum the PDP candidate had hoped to build” for the February poll.

“With further loss of confidence in PDP by its members who cannot find any redeeming feature in the fast-disappearing party, it is crystal clear that Atiku’s latest bid for Nigeria’s top job has hit the rocks.”

But the PCC drew snide remarks when it invoked a local proverb from Chinua Achebe’s Arrow of God.

“Chinua Achebe, the very accomplished novelist in one of his classics, Arrow of God, wrote that a man who brought ant-infested faggots into the homestead should not grumble when lizards begin to pay him a visit,” Onanuga stated.

Noting that “a pillar of Atiku’s campaign is the claim of being a unifier and nationalist,” Onanuga said “that bogus claim has now been discredited, even within his party as the disaffected members cry for justice and inclusivity.”

Condemning Atiku for the crisis in his own party, Onanuga added, “the signs are just too ominous for the Waziri, what with the report by the Economic Intelligence Unit predicting another trashing for him in the forthcoming polls.

“As a campaign, we can only pity former Vice President Atiku for the self-inflicted injury he invited unto himself… and we dare say he can kiss his ill-fated presidential bid goodbye.

The campaign council’s broadside against Atiku is hypocrisy of sorts, as it’s a case of the kettle calling the pot black, and a breach of the caution that, “those who live in glass houses shouldn’t throw stones.”

Meaning, as per dictionary.cambridge.org:”You should not criticise other people for bad qualities in their character that you have yourself.”

And doesn’t Jesus Christ admonish in Matthew chapter 7 verses 1-5 (and Luke: chapter 6 verses 38-42) that: Judge not, that ye be not judged. For with what judgment ye judge, ye shall be judged: and with what measure ye mete, it shall be measured to you again. And why beholdest thou the mote that is in thy brother’s eye, but considerest not the beam that is in thine own eye?  Or how wilt thou say to thy brother, Let me pull out the mote out of thine eye; and, behold, a beam is in thine own eye? Thou hypocrite, first cast out the beam out of thine own eye; and then shalt thou see clearly to cast out the mote out of thy brother’s eye.”

Atiku, facing internal ruckus from PDP primaries – and his pick of Delta State governor, Ifeanyi Okowa as running mate – is yet in a better shape for the February poll!

In contrast, APC presidential candidate, Bola Ahmed Tinubu, is in a worse situation with a Muslim-Muslim ticket, and inability to put his house in order, to kick-off his campaigns.

On September 28, which the Independent National Electoral Commission (INEC) slated for start of the 2023 campaigns, PDP inaugurated its presidential campaign council, launched its campaigns, and at the event in Abuja, Atiku presented three books, written in his honour.

The books detail Atiku’s personal story; his birth, academics, public service and foray into politics, and his stewardship as vice president under former president, Olusegun Obasanjo (1999-2007).

It’s a clear indication that although they grapple with the crisis that threatens their electoral fortunes in 2023, Atiku and PDP still have capacity to meet the processes and deadlines set for the election.

PDP is the first to conclude its primaries, pick its presidential and vice candidates, and constitute and inaugurate a campaign council for electioneering.

And it’s the only major party that didn’t have recourse to the novel “placeholder” as running mate in order to meet the INEC timeline for submission of party candidates.

Atiku has lately stepped up consultations, and was at a PDP South East stakeholder meeting in Enugu on September 27, where he addressed his alleged sabotage of a Southern presidency, especially of Igbo extraction.

Flanked by Okowa, Atiku told his hosts he’d actualise Igbo presidency if elected president, citing his pick of Igbo running mates in the 2011, 2019 and 2023 polls.

“I did that in 2019 when I brought (Peter) Obi, and another (Senator Ben) Obi in 2011; and for 2023, I chose Ifeanyi Okowa, another Igbo man as my running mate, even when Ohaneze said no Igbo should contest for presidency under PDP,” Atiku said.

But where is Tinubu? He’s literally AWOL, even hindering APC’s inauguration of its twice-postponed campaign council, and flagging-off of its campaigns.

His whereabouts unknown since the past week, Tinubu only sent a goodwill message to an APC Youth rally in Abuja that dwarfed many of the “One-Million-March” by the “Obi-dients” – supporters of Obi, the Labour Party candidate, and running mate, Yusuf Datti Baba-Ahmed.

Facing an unprecedented voter backlash from the Christian community – even from members of APC, many of whom have defected to opposition parties – it’s expected that Tinubu would meaningfully engage the aggrieved Christians in the state, zonal and national levels, to allay their fears about the APC Muslim-Muslim ticket as an alleged ploy to Islamise Nigeria.

But what have Nigerians seen from Tinubu and his running mate, former Borno State governor, Kashim Shettima? Reports of “hiring” of nondescripts, to disguise as clerics, and proclaim Christians’ “support” for the Muslim joint ticket.

Having seen through that gimmick, Christian bodies, like the Christian Association of Nigeria (CAN), have disclaimed the “rogue” bishops, pastors and prophets as members.

Thus, Atiku, reacting via his Media Adviser, Paul Ibe, to the APC criticism, described the party’s “disingenuous press release” as “a laughable work of an interloper” that “lacks any merit of a reasonable, intellectual riposte.

“Rather, it exposes APC and its candidate as a bunch of busy bodies who, rather than focus on the burden of credibility that continues to dog their campaign, are poking their nose into minor internal issues of the PDP,” he said.

Ibe reminded APC campaign council that, “there are pending questions about the social and educational history of their candidate that Nigerians want answers to.”

According to him: “We shall be kind enough to remind APC that when campaigns begin in earnest, Nigerians will require answers to some weighty character questions about their candidate.

“Atiku is a democrat to the core, and that is evident in the way that he continues to carry on with the responsibility of ensuring that the PDP rescues Nigeria from the stranglehold of the APC in next year’s general election.

“Indeed, Atiku Abubakar has established credibility before the masses of this country that he is one patriot who can be counted on to stand by the side of the people – even when the times are hard.”

Is Tinubu, and APC listening? They should because, leaving the substance, and meddling in Atiku and PDP’s affairs, may not be a winning strategy in the run for 2023.