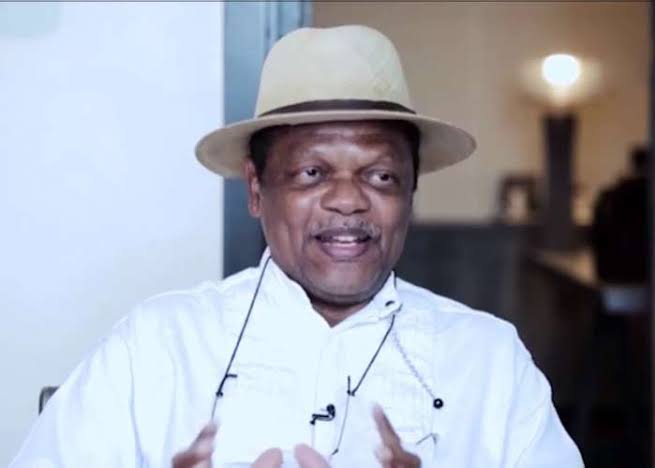 Founder of Stanbic IBTC Bank Plc, and former presidential adviser, Mr Atedo N A Peterside, has used his NGO, the Anap Foundation to canvass for good governance. One of the NGOs project is the GoNigeria Initiative, which is designed to encourage youth participation in the electoral process. With three representatives in each of the six geopolitical zones, the GoNigeria Initiative aims to encourage youths to register and vote en-masse in the 2023 elections. In this interview with By Kenndy Mbele, Peterside explains what the upsurge in registered voters means ahead of the 2023 elections. Excerpts:

WHAT do you think is fuelling the new wave of interest in voter registration?

I think multiple influencers decided that enough was enough and that it was time to campaign to get our youths, especially the educated ones, to stop giving up their birth right by opting out of the electoral process.  A vicious cycle had set in whereby the least informed segments in society determined the outcome of our elections because they simply sold their votes to dubious politicians who, in turn, were secure in the knowledge that they would not be held accountable by an uncaring or largely absent electorate. That was the genesis of GoNigeria, which I convened in my capacity as the President and Founder of the Anap Foundation. There were other groups that took up the gauntlet also and so it was a collaborative and cooperative effort, a genuine case of the more the merrier.

What are the specifics in the short term and long term targets of your group and how has the response been so far?

At the outset, GoNigeria was hoping that 15 million youths aged 18 to 34 years would register for the first time. Recent INEC data suggests that we are well on the way to exceeding the 15 million target. The GoNigeria messaging was targeted at youths and youths alone. For instance, our radio adverts specifically mentioned youths and their refusal to register and vote for good candidates. We had 18 GoNigeria advocates drawn from the six geopolitical zones (three from each zone) plus GoAmbassadors, GoPartners and GoVolunteers. Everybody’s contribution was invaluable.

What are the challenges that have come up so far?

The newest challenge is vote-buying and it reared its ugly head in Ekiti. Dubious and crooked politicians will always seek for some way to perpetuate themselves in office. It is for the concerned electorate to organise and fight them so we can claim back our country. INEC staff must never organise a polling booth in a manner to aid vote-buying. That is unacceptable. The year 2023 will be monumental for Nigeria on account of the general elections scheduled for the first quarter of that year.

Assessing the electoral process since 1999, especially in the number of registered voters and turnout in elections, how deep seated is voter apathy?

I think voter apathy hit an all time low during the November 2021 Anambra governorship election when only 10 percent of registered voters actually voted, this meant that voter turnout was a paltry 10 percent, approximately. Some people were disappointed that voter turnout was 36 percent in the June 2022 Ekiti governorship election. I was not. If there was an overall long term downward slide in voter turnout, then I prefer to consider 10 percent as the bottom and to consider a very significant upward movement to 36 percent as cause for hope. In early 2022, some of us feared that, if our youths continued to show little or no interest, then Ekiti could have exceeded the paltry Anambra turnout by a small margin only.

What were the underlying causes of voter apathy?

I think voters had begun to accept bad governance as the norm and they had also lost faith in the electoral system of old, where it was common knowledge that some “big men” often gathered at the counting and compilation centre to undermine the process by influencing the counting. The new Electoral Act gives us some hope because votes are counted at each polling booth and the results get transmitted electronically.

How has this harmed the electoral process?

The previous failure to transmit results instantaneously from each polling booth to the collation centre opened the door for hooligans and crooks and also discouraged decent candidates from participating in a crooked and rigged contest.

Is the Independent National Electoral Commission (INEC) living up to expectations?

We remain hopeful. At the very top INEC is responsive and appears to be determined to register as many people as possible. However, there are bad eggs in every organisation and that is why we appeal to youths to record any bad experience at any INEC centre on their mobile phones. When recording videos, we plead that people state the date, time and venue of a negative experience. Anybody who has successfully run a large organisation before knows how to encourage whistleblowers; if nothing else, it gives the bosses a range of hard questions to ask the subordinates on duty. Accountability is vital.

Do you see present massive registration as nationwide or limited to a particular geopolitical zone?

INEC gives the breakdown nationwide. INEC also put out a press release recently, where they specifically mentioned a registration surge in Kano State, Lagos State and the five states of the South-East zone. I think the emergence of Rabiu Kwankwaso and Peter Obi as presidential candidates also influenced those late regional surges. In the case of the South-East zone, they are also playing “catch up” because voter apathy was deepest there on account of mixed messaging coming from not so honourable influencers in the past.

How do you think this will shape the 2023 polls?

The youths are the main demography in Nigeria and it looks as if they are finally tired of “siddon look.” Candidates that are popular with Nigerian youths and or female voters in general will be hard to stop in all five elections next year.

Looking further ahead, where do you see this taking the country and Nigerians?

GoNigeria tried to teach Nigerian youths how to fish instead of giving them fish. Our broad strategy was to convince some youths and then get them to go out of their way to convince other youths to go register and collect their PVCs and they often did this in the most imaginative manner. What I see now is that Nigerian youths are fired up and will stand in the rain or sun to vote. We saw that energy during the End-SARS protests in October 2020. The old men should stop underestimating Nigerian youths. Now that our youths appear to have caught the bug, the future no longer looks as bleak as it did six months to 12 months ago. Nobody will come from Australia, China, Jupiter or Mars to rescue Nigeria. It is our youths at home and abroad that will rescue their fatherland. Candidates that are popular with Nigerian youths and or female voters in general will be hard to stop in all five elections next year.