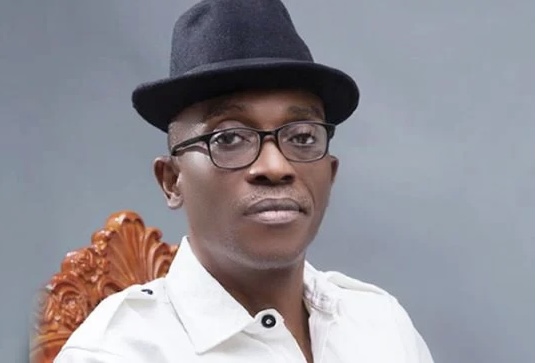 DO you relate with the assumption that Peter Obi is a social media president who may lose when voting starts?

When we you look at Peter Obi, Labour Party, the EndSARS protest, we cannot underestimate what the social media can do, especially with the youths. It is very clear that ordinary Nigerians are tired. Our youths have serious about the election and have shown seriousness in the collection of the permanent voters card (PVCs). The same thing is happening elsewhere in the country. It is a powerful movement out there. Our opponents are underrating us but they will see the result in February 2023.

The unprecedented crowd of youths desirous to arm themselves with a PVC  is a clear signal. Go to Lagos, Warri, Imo and even Sokoto in the North, you will be shocked to see the crowd. But it is always good for your opponents to believe you are not on the ground. Of course social media is crucial in this election. Technology is breaking barriers. In the recent past, social media wasn’t as real as it is today. What we need now to mobilise people are smartphones and social media. People had to be in different wards to canvass for votes but today, the job is done on your phones. The success of the EndSARS was attributed to the social media. If not for the use of the military to break up that movement, things would have been different  today. So I am glad with our social media  presence.

What is the Labour Party doing differently to ensure Obi wins the 2023  presidential election?

Obviously, people have realized that our party is not the Labour Party of yesterday. We need to change those who have mismanaged this economy. We’re building on that momentum and expanding our horizon. You know people have been clamouring for an alternative to the APC and the PDP over the years and that is what we have provided for Nigeria and that is also why we sought the best candidate. By the time we come up with our vice presidential candidate, it will shock Nigerians because we are going to get somebody with the same credentials as Peter Obi to halt APC and PDP.

IS it difficult to resolve the chairmanship tussle between you and the Labour Party factional leader, Callistus Okafor?

It is only in Nigeria here you find that somebody can just wake up and say he is a party national chairman. Callistus Okafor is just wants attention, and he is getting it. Was there an election or convention that produced him as the national chairman?

Okafor said the constitution states that when a party chairman dies or gives up his position, the deputy immediately assumes the post.

Which constitution is he talking about? It is left for us to find out from the Independent National Electoral Commission (INEC) and other bodies. People shouldn’t just wake up to present a presidential candidate because an election is coming and claim that he is the chairman of the party. Since he said the issue is in court, there is no problem. There are several cases in court; how many do you see being advertised on the pages of newspapers? When we had our presidential primary, it wasn’t hidden; it was clear. Pat Utomi and others were there. You saw what played out before we arrived at the decision we took.

How do you react to Okafor’s warning that Obi was sitting on a keg of gun powder by accepting to be presidential candidate?

If we are sitting on a keg of gun powder as he claimed, why can’t he just wait for it to explode? The truth is that Okafor just wants food to eat. His case is not a threat to us at all. We will meet in court as he said. It is not a difficult task for anyone to find out who the chairman of the Labour Party is from the Independent National Electoral Commission (INEC). I don’t think that at a time when we want to get it right politically that we should be promoting what will bring down the momentum of the people. This country is dying and it is on the brink of collapse, we need to show enough patriotism to prevent it from collapsing.

Obi recently came under fire for travelling to Egypt when he was expected to be campaigning for your Ekiti governorship candidate. Should he have travelled?

It is a normal thing for people in other parties to find something negative to talk about the candidate of another party. What’s their business with Obi travelling to Egypt? If he is going to Egypt for a meeting and that is his priority, what’s their problem? It is because they are already afraid of Peter Obi. They are always looking for excuses to attack him. Is it a few days before the election that electioneering campaigns are done? People who want to win an election already know how to go about it. No amount of negative report will bring down Obi’s presidential train. It is clear that he is ahead of other candidates. His track record is clear. When you put him on a scale with other presidential candidates, it is very obvious that he stands out. Compare him with Atiku Abubakar or Bola Tinubu, and the difference is clear;  Obi is way ahead.

You don’t think then that Obi’s presence in Ekiti State would have boosted the chances of your candidate in the state?

Not really. Even the President cannot be expected to do everything on his own. There should be division of labour. There are leaders in Ekiti who have been working hard. The people already know their candidates and where they are heading. The people have made up their minds as to where they want to go even if they bring 100 bullion vans of money. The popular reggae icon, Bob Marley, said ‘you can fool some people sometimes but you can’t fool all the people all the time.’

With another June 12 Democracy Day celebrated, how does your think the country fared?

June 12 was an election that brought all Nigerians together because it became a symbol of the democratic struggle of the country, a symbol of good governance in Nigeria. But unfortunately, the Moshood Abiola died in the struggle, and his wife, Kudirat was also killed in the process. While we can say today that Nigeria has attained democracy and people now enjoy the freedom of speech, all these are dividends of June 12. As we speak, the government has failed us. Nigerians are asking the Federal Government to secure their lives. People are killed daily in this country. Over 100 million Nigerians are living below  the poverty line. Inflation is in double digits; salaries cannot take people home. Yes, we have to have democracy but it is not yet Uhuru for Nigeria; there is more to be done.

Is Obi not feeling threatened by the incursion of Atiku and Tinubu in the North and South-West zones where they rely heavily for votes?

I must admit that we may have one or two challenges in the North, but from the statistics and poll, we don’t see it as a threat. We have had a president from the North for eight years, how has that impacted the region?

Do you think Obi and the Labour Party can defeat Tinubu in the South West?

If you study the situation very well, you will discover that the youths are in the majority of the citizens driving this movement. People have expressed the need for a younger and more vibrant person for the presidency. The mood in the South-West is not different.

What do you think of the belief of some APC supporters believe that age is not so much an issue as Nigeria stands to benefit more from Tinubu’s brain and wealth of experience?

The brain cannot function without the body. There is no way a brain in a weak body can function effectively unless we want to deceive ourselves. The country cannot afford to have a sleeping and sick president. The country has so many challenges and we cannot put the burden of over 200 million Nigerians on the shoulder of somebody who is burdened by health or age challenges. The Yoruba will not go with Tinubu.

How do you explain the massive turnout in the South East by voters for the PVC?

People are clearly fed up and want to vote out APC and PDP from government. We once had voter apathy when people were not interested in getting their PVC because they saw no difference between Buhari and Atiku. Now that Labour Party is facing a resurgence with Peter Obi and there is a rush to vote him into office. There won’t be voter apathy in 2023, people will come out to vote massively.

Can Labour Party compete in a highly monetized electoral process?

We saw what happened in Edo State during the time of Adams Oshiomhole. I saw people collect money from the PDP and voted against them. The same thing will play out in the 2023 general elections. The reason people collected money in 2019 and did what they like was because they didn’t see any difference between Buhari and Atiku. That scenario is changed with Peter Obi. Some may not even collect and still do the right thing. Buying of votes will not prevail in 2023.

Will Obi’s emergence somehow put an end to secessionist tension by IPOB in the South-East?

In a way, it will. It is not the first time we are seeing an uprising. When Olusegun Obasanjo became the president, there was the OPC and their agitations in the South-West but that ended. In the Niger Delta, the Avengers and other militants threatened to cause tension over secession. But when as president, Goodluck Jonathan doused it. I am sure if Obi becomes president, the agitation from the South-East will resolve itself. But the issue of insecurity is not limited to the South-East. There is violence all over the country; these are down to bad governance. Peter Obi is out to correct this.

Why direct primary is only viable option for emergence of candidates, says Ekweremadu