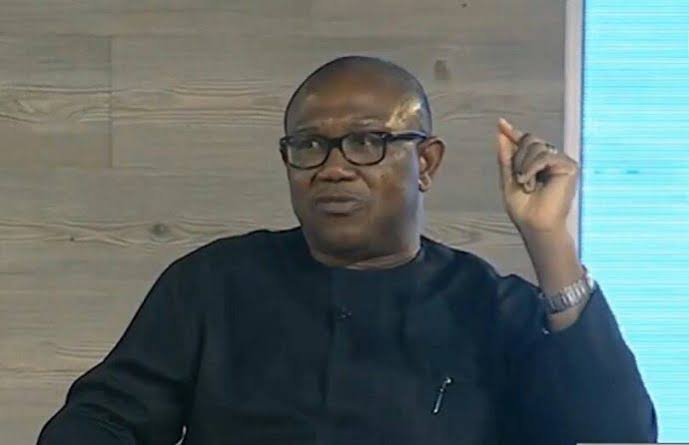 PETER Obi’s resignation of his membership of the People’s Democratic Party (PDP) have met with mixed feelings. While some saw dumping a party that was unlikely to offer the former governor of Anambra State the ticket, as good as good riddance, others felt he was better off muscling it out with the big dogs, nevertheless.

Obi came into limelight in 2006 when he became governor of Anambra after battling in court for three years to claim his mandate wrongfully given to the then PDP candidate, Dr. Chris Ngige. Obi was then a member of the All Progressives Grand Alliance (APGA). Obi contested and won a second term in office.

He left APGA in 2014 to join PDP. Such moves are unsurprising in Nigeria’s fluid political space. Ngige had left PDP for APC. Obi decamped without the usual fanfare that goes with movements of former governors.

The state structure of the party wasn’t in his control neither did we witness bigwigs of APGA go with him to PDP. Be that as it may, Obi had warmed himself into the hearts of the regular Joe with his public appearances highlighting with his husky voice, his prudence while in office and giving elementary insights on how public funds can be managed.

However, what took his popularity to stratospheric heights was when, against political permutations, the former vice president, Atiku Abubakar, selected him as running mate ahead of the 2019 presidential elections.

It was tough to question Abubakar’s pick at the time despite frowns from the South East caucus of the PDP and from the apex Igbo socio-cultural group, the Ohanaeze Ndigbo, for petty reasons like not being consulted before he made the choice. PDP lost the election, but Obi continued selling his personality and brand of governance to the public.

As politicians started showing interest in picking their party’s nomination for the 2023 elections, Obi was being urged to run. In January, he gave a cagey tweet stating that he would contest for the position of the president if PDP zoned it to the South and if not, Nigeria would hear from him.

Zoning is political and not a moral decision. The truth is that had the South West not voted en bloc for Alliance for Democracy (AD), a political party that then stood for the interests of the South West region, at lower tier elections leading to the presidential elections of 1999, the argument for a South West presidency might have been much weaker.

The South East doesn’t have such an electoral history. The voting pattern in the region, which also has the lowest electoral numbers, is sparsely distributed, making it difficult for the major political parties to lay their electoral fortunes on such uncertainties.

Furthermore, zoning worked in the past when the political space was less competitive and was a monopoly of the PDP where the powerbrokers could easily throw out a morally strong candidate that the electorate would like and at the same time fundamentally weak politically to be easily manipulated by the political elite.

Times have changed. So, zoning it to the South East would either mean a puppet red-capped man in power or a major political party risking its political fate to an opponent that presents a rival with higher political numbers. Obi is upright but sure would be nobody’s puppet. Moreover, he never presents himself as a provincial candidate, he offers himself as a Nigerian.

As time passed for PDP to decide on zoning, aspirants began making pronouncements for the top job. Obi was present when Atiku made his declaration. He joined Atiku in a few travels before he made his own modest declaration to run.

Obi’s campaign, which became a movement captured the hearts of his supporters. His followers grew astronomically especially on social media where they kept on prevailing on, practically blackmailing, the PDP to pick him as its candidate. They did nationwide roadshows and even went to the party headquarters demanding that Obi be chosen. Then came the news that he was resigning his membership of PDP to pursue his ambitions elsewhere.

He cited acts inconsistent with tenets of democracy in his letter of resignation. What are those inconsistencies? Was he expecting a perfect system? How different is the process this time around from that which made him vice presidential candidate in the last electoral cycle?

Why leave a leading opposition party with national spread that could still place him a heartbeat away from the presidency for a little-known party? Or did he just want to avoid embarrassment at the convention?

If he couldn’t convince less than a thousand delegates to vote for him, how does he expect to win the votes of tens of millions? The argument that the delegates were bought fails as vote buying will also play a part in the general elections. Our electoral system is offensively merchandized from exorbitant price of nomination forms to dollarisation of delegates.

By the way, his emergence as the Labour Party candidate was democratically suspect with his opponents stepping down. Our misgivings against APC and PDP aside, they had competitive primaries to pick those running for their respective platforms after sales of forms were made public to aspirants. These were absent in practically all other parties.

What we have mostly are ambitious people who are either offered the tickets of parties that needed recognition or the hopefuls floating their own parties. This makes one wonder how Obi, that joined a fractionalised party on Friday and became candidate on Monday, wants to benefit from the fruits of elective democracy at the polls he never sowed at the primaries.

My pedestrian political knowledge tells me that a party that gathered only 0.02% of the votes in the last general elections won’t be enough for Obi to clinch the prize. Elections are a residual memory recall decision process and are won by political parties that have traditional structures well-oiled over time.

Secondly, the voter is not only choosing a president, but he is also more importantly choosing a government. The 2023 elections are not a referendum for or against the PDP-APC duopoly, but on the soul of Nigeria and her future. So, the voter looks for a team whose captain is embodied in the president and sadly, the parties outside the big two can’t form a team.

This only exposes their deficiencies of forming a government. Only APC and PDP have candidates for every elective position except the courts bar them. From my observations, Obi’s anti-elitist campaign has been mainly about him.

Where are his aides and members of his cabinet when he was Anambra governor to corroborate his testimonies? How many of them are members of his campaign today? Already there are speculations on who Atiku might pick as running mate. Is Labour Party working for Obi or are they using him to gain attention?

Be that as it may, Obi’s presence in the political space is good for the system. In fact, we need more cerebrums like him to join politics to make the negotiations, compromises and strategies required to obtain power and make the changes. Because at the end of the day, they are political parties and not pressure groups. And every leader must necessarily be a politician.

And to the Obi-dient followers, we have seen this kind of cult following before for people described as unorthodox. There was one that told us he had no shoes and the other incorruptible guy told us he had an Ibo driver; we should not be carried away. Nigeria can’t be fixed by only one man’s populist agenda without addressing the deep-seated and structural defects of our system.

I also appeal that apathy is not an option because we vote to make a statement not necessarily to vote a winner and abstention is a plebiscite for the status quo. We also vote for who and what we believe in. Those that voted for Awolowo despite never winning neither regretted nor threw away their votes. And we vote to renew our faith in democracy.

Let me admonish by saying that they should pick up their PVCs, take their movement from social media and urban centres to the grassroots and trenches nationwide, and use the Obi candidacy to change the existing political order.

This article by Okunfolami, who writes from Festac, Lagos, was first published in The Nation newspaper.