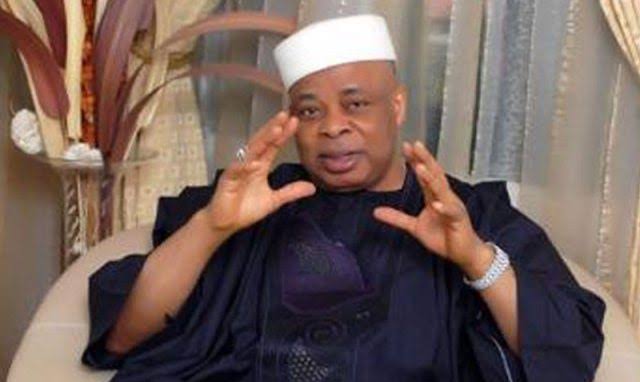 WITH the growing expectation that the next president will emerge from the South East geopolitical zone, former Senate President, Ken Nnamani, has said that, “the South East owe Nigerians the reciprocal respect of bringing forth the best among them to lead the country.”

Nnamani, who joined race to succeed President Muhammadu Buhari in the ruling All Progressives Congress (APC), on Friday in Abuja, told supporters from the six geo-political zones that Nigeria, needs a credible at this point.

While acknowledging the consciousness that the next president should come from the South East, he said his aspiration stems from that  “other Nigerians, especially my colleagues in the National Assembly, have asked me to avail the nation the characteristic honest, competent, and disciplined leadership I offered the Senate.”

He said he is aspiring to be president in 2023 because he wants to provide effective leadership that would unite the country, deepen democracy and rebuild the country through a sustainable development agenda.

Flaunting his kind of accomplishments as Senate President, Nnamani said he is certain that he could change things if elected.

Nnamani, pleaded with his supporters to continue to maintain faith and confidence in him to lead the country as president, in 2023.

He pointed out that the race for the presidency is not about a huge war chest but about commitment and genuine sincerity, competence, capacity, sense of purpose.

According to him: “My intention to contest for the 2023 APC presidential primary is not from a sense of political career or as a form of national drama. This is a serious business.

“It is about justifying the trust of Nigerians of diverse ethnic and religious orientations who have called on me to avail the nation, once again, the competences, discipline, and character I displayed in the past.”

In joining the race he calls the support of the delegates and all Nigerians at the primary to clinch the ticket for the 2023 polls.

He charged the media, “to help articulate the vision of a new leadership that will deepen democracy and entrench a culture and structure of productivity that will grow our economy, arrest social anomie and reinvent nationalism and democratic citizenship.”

The National Leader of the Pan-Nigerian Coalition body, known as ‘Nigerians For Ken Nnamani 2023’, Mallam Abdullahi Yusuf, said the Coalition believes in the ability of Nnamani has the qualities and traits to manage a heterogeneous society as Nigeria with its numerous challenges.

He noted that the country has not forgotten when Nnamani saved the nation’s democracy by deploying his statemanly skill and galvanized the lawmakers to stand up for democracy.

Yusuf said that his coalition is calling on the delegates and the leadership of APC to ensure that the presidency in 2023 is deliberately micro-zoned to the South East geo-political zone and that Nnamani, emerges as  presidential candidate.

Mallam Yusuf said: “We see in Nnamani a man who the job (Presidency) needs, and a man who is well prepared for the big task.

“We call on the APC not to look too far for the right candidate. And we are also calling on the party to ensure justice, equity and fair play and allow the South East zone to produce you as our next president.”