HomeFEATUREDTinubu to retire only after becoming President, aide hints at defection
FEATURED

Tinubu to retire only after becoming President, aide hints at defection 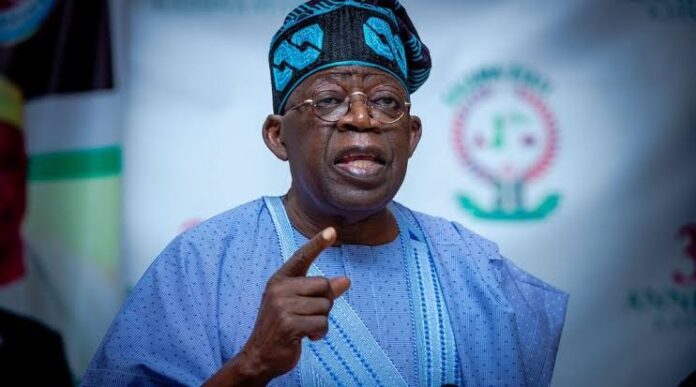 AMIDST speculations that former governor of Lagos State and All Progressives Congress, (APC), presidential aspirant Alhaji Bola Tinubu could dump the part if he is not favored in the May 31 primary, the founder of the APC has said he will not retire from politics until he becomes President.

Tinubu made the disclosure on Tuesday in Makurdi, Benue State, as he spoke with party’s delegates.

He declared that: “I won’t retire from politics until I am the president of Nigeria.”

Tinubu called on the youths of Benue, to ready Permanent Voter Cards (PVC) as he assured them that “I will ensure your posterity and the hope of a united prosperous Nigeria is yours.”

He promised to bring his huge experience as governor to lead the country, if elected.

Meanwhile, reports indicate that Tinubu had concluded plans to abandon APC for the Social Democratic Party (SDP) if the May 30 primaries are schemed against him.

Observers point out that the speculation was the reason   for former Secretary to the Government of the Federation, Babachir Lawal saying that Tinubu had a plan B if APC primaries were manipulated.

Unnamed sources insist that APC remains the primary platform Tinubu intends to actualize his dream of presidency but the SDP remained an option if the primaries were not credible.

Although his associates say that Tinubu is looking forward to a credible process they note that he will be persuaded to explore available options if that process is compromised.

Tinubu’s link with SDP might be connected to when the party invited him to run for the Senate in the party.